The Enslavement of the Whitestocks

The Ordeal of Lady June 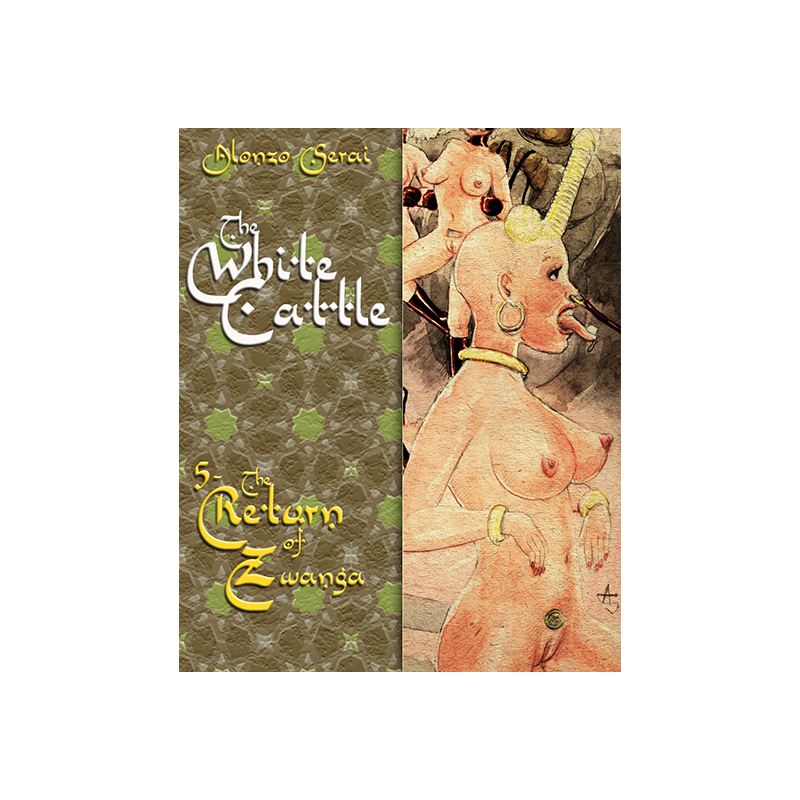 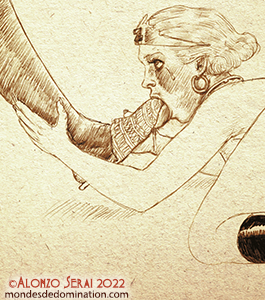 Janet Whitestock is processed to become a "brown-tongue" as Zwanga is coming back to the Valley, now aware of the extent of his deception. 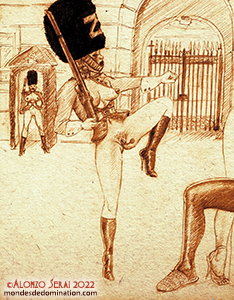 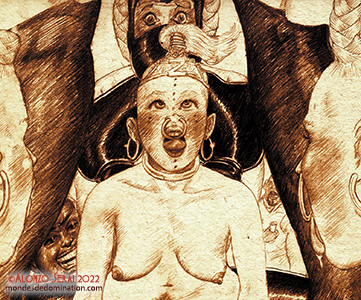 V’Isswillraoussa pushed her with the tip of her rod toward the palace, on a track parallel to Maruk, striking it on her buttocks when she decided that she wasn’t walking fast enough. After a few minutes, they continued around the white marble walls of the biggest building of the domain. It was what she had seen first in the distance, a spherical structure of a two hundred yards diameter, the one with the gold dome. They eventually arrived in front of a small ebony door, sculpted with tangled patterns in the Moorish style.
V’Isswillraoussa opened it and pushed Janet inside. It was a gigantic room, mostly a hall, lighted on its walls with oil lamps. There was a circus ring in the center with a large circular bed covered with hundreds of cushions. Around it were piled up big rattan baskets—thousands of them, stacked by five. It made the place look a bit like a warehouse.
As she was walking deeper into it, Janet realized with horror that every basket had a woman in it—those were cages for white females! Narrow alleys were separating the piles disposed in concentric circles and the further away they stood from the ring the smaller they were. The bigger ones on the first row were called “pet kennels” and were for the crème de la crème of the blondes. All the others were called “pet crates”. Janet immediately noticed the ridiculous size of the tiny ones in the fifth row, and how uncomfortable they might be.
All around the place, a large way could allow a vehicle to circulate among the crates. V’Isswillraoussa told her that this place, her whole world from now on, was called “Lord Maruk’s pet kennels”. She led her toward the second circle and opened a pet basket, the third on a pile. She grabbed its occupant by the hair so violently that the unfortunate girl fell down hard.
Before she could even react at the sight of this naked woman lying on the floor, Janet was pulled out and shoved into the vacant crate. Two silk cushions were thrown inside, and the trap door in the front was shut down and locked.
Janet was left alone in this exiguous cage in which her legs had to be folded to fit. The rattan stems were hurting her delicate flesh, so she disposed the cushions in haste to make herself a bed. Above and under her, she could vaguely distinguish her sisters in misfortune through the double rattan weaving, and those who were in other piles through the hole in her basket: a slit on the trap door the size of a mailbox opening, big enough to look, but not to pass the hand.
In the opposite row, blondes were also on all fours in their crates, all facing the outside walls with their crotch turned toward the center of the room, stuck against their trap door. Were they white natives, or women like herself who had once enjoyed freedom in the western world? It was impossible to tell, because none of them was talking to her … if they even could!
V’Isswillraoussa’s rod violently hit the basket.
“On all fours!” she roared, “crotch toward the door!"

No customer reviews for the moment.